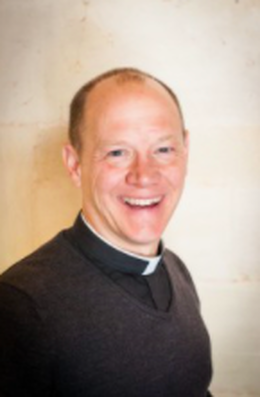 Nick's background is extraordinarily varied. After Sheffield and Edinburgh Universities, he worked in fundraising for some of our best-known national charities and pursued his commitment to international peace and justice in Pakistan, Central America, DRC and Rwanda. He trained for the priesthood in Cambridge and previously served in the Diocese of Southwark. Married to Helen, with two children and a springer spaniel, his hobbies include cider making and the ukulele.

He has been a driving force in the transformation of Pip and Jim’s. With the support of this team, the congregation and SPJARA, they raised £3 million and navigated the complex requirements of the planning and heritage bodies.

After 6 years of detailed planning and 18 months of building, it has become an amazing community space able to host anything from open studios to concerts, toddler groups to BBC’s Question Time. You can see some of this for yourself in this video and if you want to know more about the project and how you can book the space (it’s filling up fast!), visit Pip and Jim's excellent website